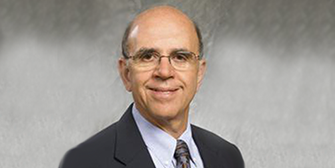 Alumni and friends from across the country generously directed more than $260,000 in IRA distributions to The University of Akron Foundation during 2014, mostly by taking advantage of an extended Charitable Tax Rollover that was passed by Congress in mid-December.

"It was a great way for donors to assist the University while avoiding income tax consequences of an IRA distribution," said Frank P. Bevilacqua '72, '74, president of the Akron-based CPA firm of Winer & Bevilacqua and chair of the Foundation's Gift and Estate Planning Committee. "And the Foundation did a tremendous job of promoting the extension, which helped significantly increase giving."

The extended Charitable Tax Rollover allowed donors age 70½ and older to make direct transfers of their IRA assets to the UA Foundation, the tax-exempt, charitable gift-receiving agent of the University. The rollover offered a number of advantages:

Best of all, the IRA gifts already are making a real difference at The University of Akron, where donors directed funds to support a number of causes, including student scholarships. In some instances, donations also were matched by a donor's current or former employer.

For 1956 engineering graduate and longtime University supporter William H. Beckett, the opportunity to support students at his alma mater - and save tax money - made the IRA rollover option a simple choice. "It was a great, smart way of giving back," said Beckett, a Mickleton, N.J., resident and General Electric retiree who twice has made substantial gifts to UA via an IRA rollover.

"The special dispensation from Congress allowed me to do more with my money," he added, "and I strongly encourage others to take advantage of the rollover should Congress extend it another year."

Those considering a planned gift should consult their legal and tax advisers. Representatives from the Foundation's Center for Gift and Estate Planning are happy to speak with your advisers as well.